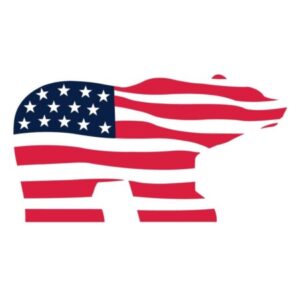 “I LOVE THE GAME OF GOLF, BUT I LOVE MY COUNTRY EVEN MORE.” — JACK NICKLAUS, AMERICAN DUNES

On the eastern shores of Lake Michigan is the historic Grand Haven Golf Club which was transformed into a national treasure. Sculpted through the deep sands. Inspired by a passion for America. Built to honor American warriors and fund the legacies of their families. It’s a place of gathering for patriots who share Mr. Nicklaus’ love of the game. And our country.

There is no place like this in America. This is for America. American Dunes.

Fate brought Jack and Barbara Nicklaus to Grand Haven, Michigan, and with Lt. Colonel Rooney, the three of them cast their vision standing in the sands of what Mr. Nicklaus saw clearly in his heart and mind — American Dunes. His vision for American Dunes transcends golf, serving not only the mission of the Folds of Honor but a safe haven for veterans and their families to find rehabilitation through the greatest game ever played. Jack’s game.

Lt. Col. Dan Rooney. PGA professional. F-16 pilot with three tours of duty in Iraq. Husband to one, father to five girls. A friend worth having. And the founder of The Folds of Honor Foundation. American Dunes stands as a living memorial to the birthplace of this remarkable organization. With a powerful keyword: living. Memorials, by themselves, do not fund scholarships. People do, which is the laser-focused mission of American Dunes — to fund The Folds of Honor Foundation.

Listen to the Podcast!

Listen to the Podcast

Join Us At Destination Kohler!